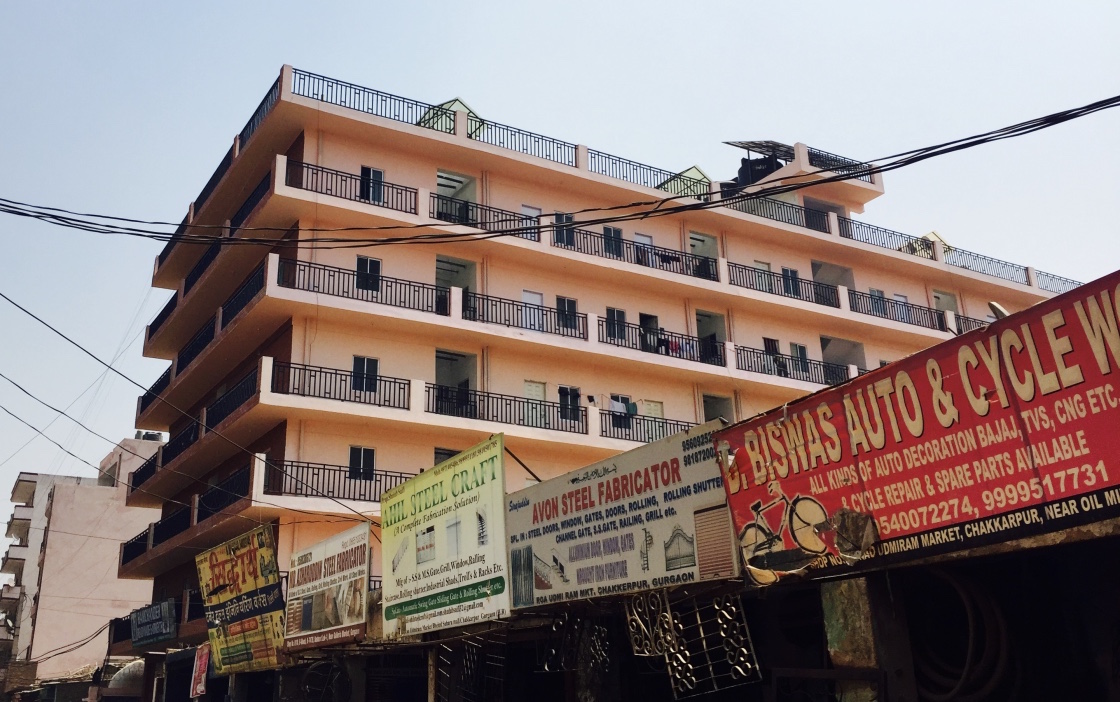 Practising social distancing and staying home to fight the coronavirus is not possible for migrant workers without housing security.

The Covid-19 pandemic and the ensuing preventive measures advocated by the World Health Organisation (WHO) and the United Nations (UN) agencies reiterate the importance of adequate shelter and healthy habitat. Since reporting the first case of Covid-19 on 30 January 2020, India has witnessed an exponential rise in incidence, with nearly 25,000 positive cases and 780 deaths as of 25 April 2020.

We are at present in the second phase of a complete countrywide lockdown, with the coronavirus slowly penetrating the urban poor. As the apprehensions turn into realities, at least 220 cases have already been reported from Mumbai’s Dharavi, and six sanitation workers at Delhi’s municipal corporations have tested Covid-19 positive while another one has died. As we prepare for the fight going forward, the Covid-19 crisis gives us an opportunity to correct our sustained ignorance towards the poorer city dwellers in the policy space.

Residential vulnerability is at the centre of the coronavirus crisis. How can one stay at home if they do not have one, or if their house is awfully small to accommodate all the members of the family? In addition, over dependence on shared water-sanitation and other basic infrastructure also prohibits households from practising social distancing.

Such vulnerabilities get particularly profound among the migrants, who move to urban areas to overcome poverty, escape conflict, or cope with economic and environmental shocks. During 2001-2011, about 14 million people moved to the cities in search of work or better employment, of which at least 46 per cent got absorbed in the informal sector.

The most vulnerable and also the worst-affected in the ongoing crisis, however, are the seasonal migrants who belong to the lower consumption quartiles. As many as 60 per cent of the seasonal migrants get employed informally and remain mostly invisible to the policymakers. Migration scholars mark them as India’s most vulnerable migration stream. This raises the question: Is the failure of the public policy to account for housing and social protections for this segment a reason for much of the current Covid-19 crisis?

Most migrants live on rent

“Housing for all”, an oft-stated vision for housing policies in India since 1970, has come to mean ownership of houses for all residents. In contrast, rental housing acts as the first entry point for migrants in a city as it enables them to avoid locking their financial resources in real estate and offers them flexibility with much-needed room to manoeuvre.

At least one-third of the urban population lives on rent in India, while states like Tamil Nadu, Maharashtra, Andhra Pradesh, and Karnataka account for 55 per cent of urban rental housing. High rental proportions can be attributed to the high influx of migrants to these particular states in search of employment opportunities. Similarly, about 27 per cent of the urban poor in slums live on rent. Cities receiving short-term migrants record very high slum rental. Bigger cities like Chennai, Kolkata, Bengaluru have more than 45 per cent of slum dwellers living in rented accommodation. Cities like Coimbatore in Tamil Nadu and Berhampur in Odisha have 35 per cent of the slum population each living in rented accommodation. In spite of the high incidence of renting among the urban poor, the issue remains under-researched and inadequately understood.

Overcrowding is another major concern for short-term migrants living on in urban slums, with 0.38 semi-pucca rooms available per person Renters are further worse off when it comes to access to basic services like water and sanitation in comparison to those who own houses in the slums, with the majority dependent on shared services.

Although the Ministry of Housing and Urban Affairs had set up a Rental Housing Task Force (RHTF) in 2013, the ensuing Draft National Rental Housing Policy, 2015, and the Draft Model Tenancy Act, 2019, hardly seem to take into account the urban poor renters in their prescriptions. However, both remain under preparation.

One of the critical aspects of urban poor renting is its inherent informality — 70 per cent of houses are rented without any contractual agreement. Informality remains commonplace in the rental market as the cost of compliance is reported to be exceptionally high according to the prevailing legal provisions, and a rental arrangement based on a mutual understanding is perceived to be more trustworthy and economical. This is further explained by the fact that social relations and references significantly influence an individual’s ability to find rental accommodation.

As increased mobility (due to reduced costs) and migration steadily characterise the Indian economy, housing policies need to factor in the whole gamut of housing options instead of focussing on ownership alone. With Covid-19, the residential vulnerabilities of the otherwise invisible section of seasonal migrants have come to the fore. The cities where they work round the year failed to provide them any security with regard to jobs, place of stay, food and other basic necessities. While affordability may seem like the primary reason migrants don’t own houses, mobility and uncertainty about the duration of stay in a given city constitute other critical aspects why seasonal migrants can’t afford to own houses.

The residential vulnerability is exacerbated by the lack of supply of well-serviced urban rental housing and remains an under-addressed component in housing policy. Unless we all target resolving the housing needs of the migrants in our cities, the phenomenon of exodus will emerge and re-emerge during crisis situations like the ongoing coronavirus pandemic. Incorporating low-cost rental as a solution for housing the urban poor seasonal migrants could very well be a starting point as we get past the current emergency situation.

Anindita is a Senior Researcher at Centre for Policy Research.