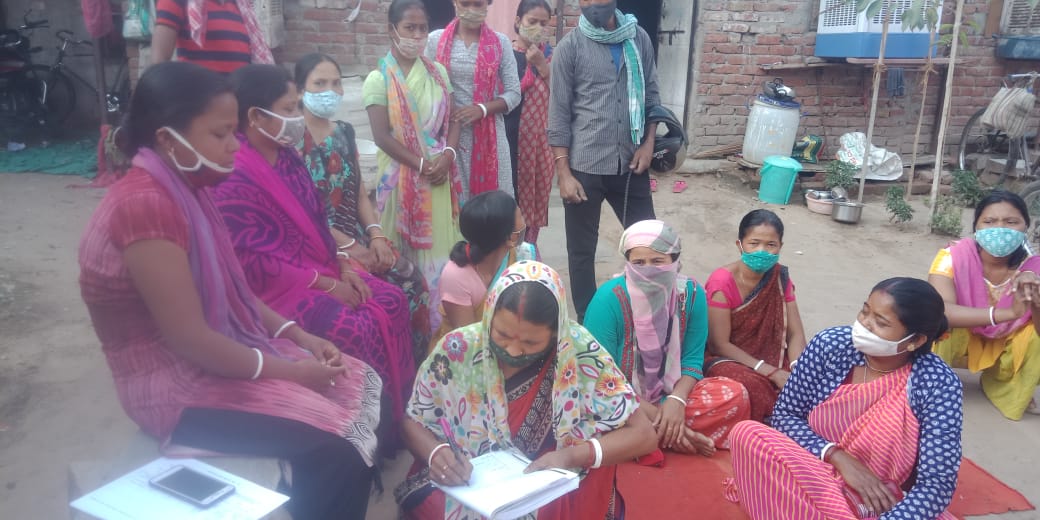 Roti, Kapda, but what about Makaan?

As State Governments have started announcing weekend curfews and lockdown-like conditions amidst the second wave of COVID-19, rent crises are once again emerging within informal rental housing markets. In a crisis, rent does not get as much attention as food and income support, despite forming a substantial part of household budgets for informal workers. It is imperative that we learn lessons from last year's crisis and protect the rental housing of informal workers early, effectively, and expansively.
By Mewa Bharati and Juhi Jotwani  |  May 18, 2021

As State Governments have started announcing weekend curfews and lockdown-like conditions amidst the second wave of COVID, rent crises are once again emerging within informal rental housing markets. Domestic workers in Jaipur have already started reporting to Rajasthan Mahila Kamgar Union (RMKU) that “Makaanmalik keh rahe hain pichli baar maaf kar diya tha, iss baar nahi karenge (The landlords say they will not be waiving any rent this time)”. Meanwhile, reports of loss of livelihoods – in an eerie echo of 2020 – have begun. In a crisis, rent does not get as much attention as food and income support. Yet the findings from a survey of 500 domestic workers in Jaipur by RMKU and the Indian Institute for Human Settlements (IIHS) showed that rent formed 40% of their average expenses in the first five weeks of the 2020 lockdowns, was a majority component of debt post the lockdown, and was a key component of the vulnerability of urban workers. This is not just true of domestic workers: reports by the Stranded Worker Action Network showed that fear of rent payments was one of the main reasons migrants cited when they left cities and walked along highways last year.

It is imperative that we learn from last year and protect the rental housing of informal workers early, effectively, and expansively. How should this be done? A previous study conducted by IIHS and RMKU had identified and studied 103 Rental Housing Arrangements (RHAs) of domestic workers in Jaipur. In February 2021, we conducted rapid follow-up interviews with 75 domestic workers to understand effects of the pandemic and lockdown on rental housing. The respondents chosen were among residents of the original sample set of 103 RHAs who the Union was able to rapidly trace back. Semi-structured telephonic interviews around issues of rent, landlords’ behaviour, social relations, and access to physical infrastructure, were conducted along with union members who also helped make introductions with the respondents. In this piece, based on the survey, we recap some crucial lessons on what happened to rental housing through last year and what lessons it offers for better protections this year. 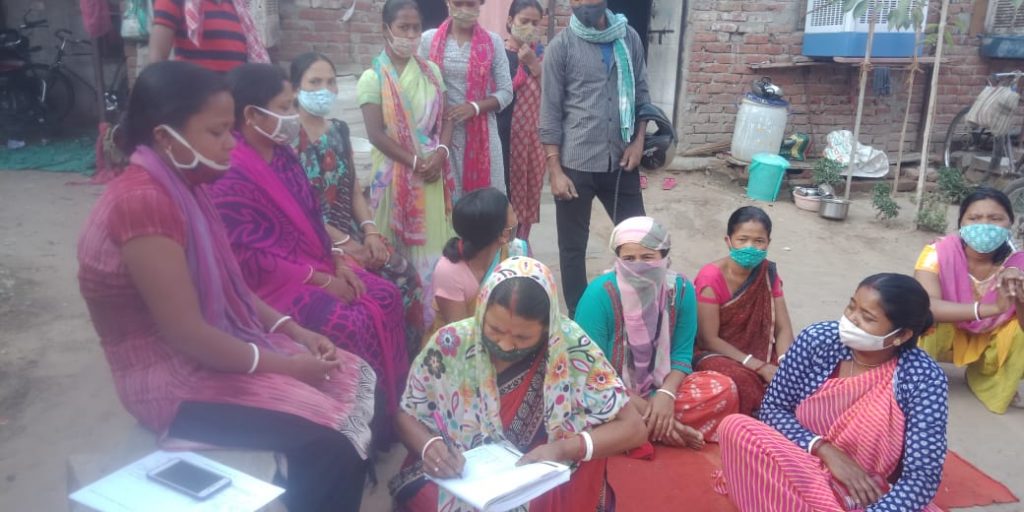 On March 29, 2020, the Union Ministry of Home Affairs in an order said, “Wherever the workers, including the migrants, are living in rented accommodation, the landlords of those properties shall not demand payment of rent for the period of one month.” This order largely failed. It was vague (was the rent to be waived or just deferred?); offered no relief to landlords (many of whom rely on rent for their own sustenance not unlike their tenants); and unenforceable in a market with no written rent agreements. Furthermore, there was no apparatus to monitor the enforcement of this order. In most cases, it was the tenants who had to negotiate with their landlords and request for leniency. When one of our interviewees Meena* cited the state announcement to her landlord, she was told “Yeh sab sunne ka hai, koi maaf nahi karega (All of this is impractical, nobody will actually waive the rent)”.

Some landlords waived off rent for a month or two, some agreed to defer the rent and others made no compromises and expected the rent to be paid on time, sometimes employing threats and coercion. Interviews reveal that domestic workers had to make difficult tradeoffs redirecting money reserved for necessary expenses like food, school fees, and life savings to be able to pay rent and retain a roof over their heads. With months of pending rent and school fees worsened by no income, many domestic workers had to borrow from informal moneylenders. Even in cases where the rent was deferred, it led to piling up of debts for the domestic workers who took more than a few months to get even a part of their employment back. Some domestic workers borrowed from their employers, with the condition to have repayments cut from their salaries over the next few months, which meant further paucity in income.

Rent is particularly pivotal for workers that do not consider themselves migrants. For all the domestic workers we interviewed, returning to villages was not an option. This was both because of their investments in decades of life in the city where, for many, their children were born, as well as the lack of jobs in the village, no skills for agricultural employment, and the absence of social ties. Mangal said, “Bachche yaha padayi karte hain, hum bhi shuru se yahin hai toh jaise ab gaanv me kheti-baari ka kaam hai kuch nahi aata hai, toh me wahaan baske karungi kya? (The children are studying here, we have also been living here since the start, we don’t even know any farm-work, so what will we do after settling there?)” The only condition that renders such workers as “migrant” is their exclusion from the state programmes because they have not been able to get, for example, local ration cards despite years of trying. As Sindhu* narrates, “Hum toh na Bangal ka ho gaya naa Rajasthan ka ho gaya, hum toh aatankwaadi ho gaye naa? (We are neither of Bengal, or of Rajasthan, are we terrorists?”). Rent anchors the lives workers have built and it must be seen as a key part of the urban social safety net, as critical as food and wage. 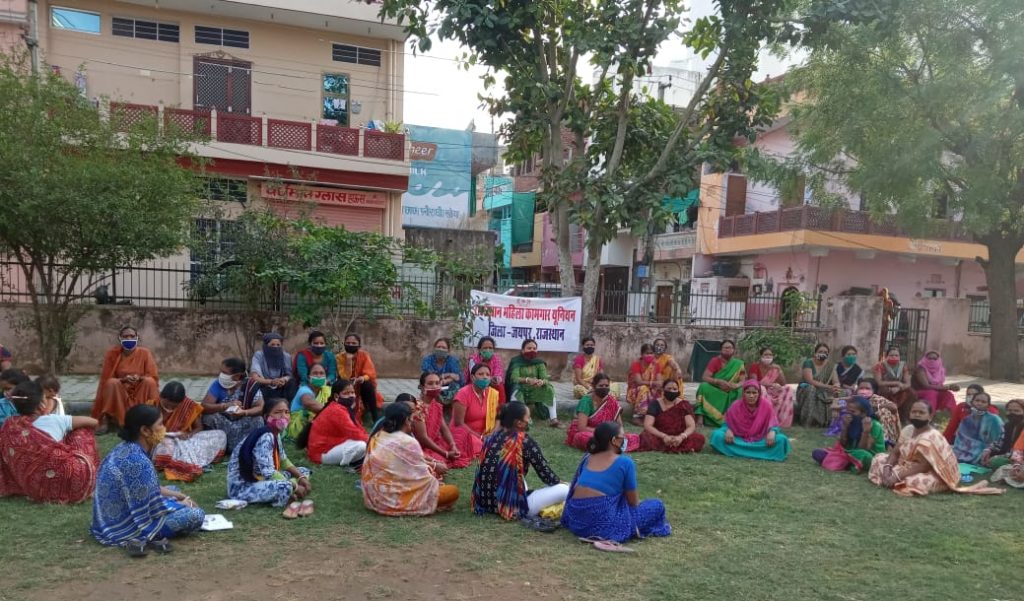 What should be done?

First, a moratorium should be announced with a clearer enforcement mechanism and a clear distinction between deferment and rent waivers. Involving worker organisations and unions could greatly aid enforcement. Landlords should be offered means to access partial compensation for lost rent from the state shifting the onus onto them, rather than on workers. Second, state governments must treat rent on par with food and income support while conceptualising cash transfers. The amount of cash transfer for rent support can be estimated on the basis of the rental market conditions (Rs 2,500-3,000 being the average monthly rent among our respondents in Jaipur). Third, states can also aid workers through limited waivers on utility expenses. For example, the electricity bills and penalties charged on non-payment were quite burdensome for most domestic workers. The mode of payment for these utilities is often complex. While some domestic workers pay these bills directly to the Electricity or Water Boards, others have to pay their share of the utility bills to the landlord, calculated at times through submeters, and at times as a fixed lump sum monthly amount.  For the domestic workers who were directly paying to the utility Boards, there was no negotiation possible unlike in the case of rent. Some workers even reported needing to borrow from landlords to pay electricity bills!

These measures no doubt present a challenge in identification and delivery alike. The nature of the informal rental market is such that there is no existing database of vulnerable tenants or landlords. But, without understanding the nature of the rental housing market these workers operate in, it is unlikely that appropriate relief and social security effort could be directed towards them. Relief measures have to be innovatively designed using mechanisms such as self-identification, rapid registration, and layered entitlements. Assistance from Civil Society Organisations, NGOs and unions must be taken in identifying where and what the need is, as well as how it can be addressed. As social security systems are being reimagined and reconceptualised, it is important to keep in mind a lesson on social protection learnt last year in a report published by IIHS. The losses from false inclusion (accidentally giving relief to someone who is not eligible for it) can be tolerated as long as they offset the devastating effects of false exclusion where marginalised communities end up not getting the relief they need. Notwithstanding the procedural challenges to these demands, we continue to push for them because of the debilitating conditions workers would find themselves in if there is no conversation around rent.

The second wave of COVID-19 has shown us the consequences of not preparing in advance. We cannot afford to not think ahead on the income and rent shocks that will follow this second wave as they did during the first. Urban safety nets must bring together food, income and rent so that no person is forced to make an impossible choice between roti and makaan.

Mewa Bharati is the general secretary of Rajasthan Mahila Kamgar Union (RMKU). RMKU is a 12 year old registered Trade union with membership of 16000+ domestic workers in Jaipur and neighbouring regions. The Union has been at the frontlines of relief work for their members through the lockdown last year as well as this year.

Juhi Jotwani is a journalist and an urban fellow from Indian Institute for Human Settlements (IIHS).