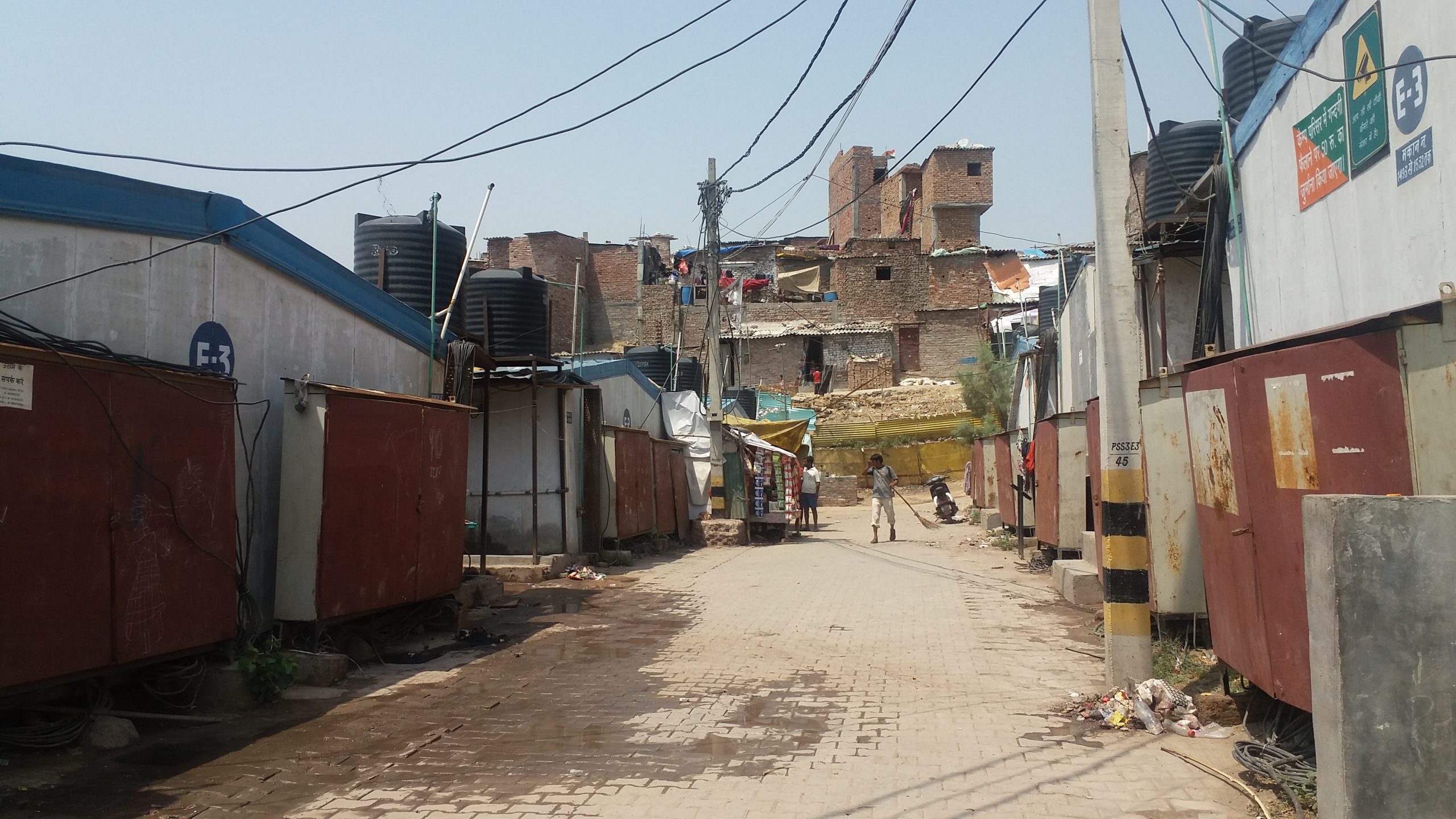 In this paper, the authors bring a challenging perspective to slum studies in Delhi, India, by contrasting the attempts at ‘slum-free city planning’ (referring to housing programmes for the urban poor) with the ‘durability’ of certain slum settlements. They examine national and local factors that temper the impact of macro-forces of neoliberalism and globalisation on slum clearance in Delhi, including institutional fragmentation, political networks, and social mobilisation. Based on two settlements selected by the Delhi Development Authority to implement its strategy of slum redevelopment under public-private partnership, we show how space-specific configurations and the interplay of actors may contribute instead to the entrenchment of slums. At the settlement level however, ‘durable’ does not mean permanent. Yet, at the city level, slum rehabilitation in partnership with private developers presents serious limits, questioning the emphasis put on this strategy to provide sustainable housing for the urban poor.
By Véronique Dupont and MM Shankare Gowda  |  September 26, 2019
Download

What are the challenges to achieving sustainable housing for the urban poor and inclusive cities in the global South? With the globalising city of Delhi as the backdrop, this article wrestles with these important questions by contrasting the attempts at ‘slum free city planning’ in India with the durability of certain slum settlements and the overall perpetuation of slums.

Literature on slums in Indian metropolises, especially Delhi and Mumbai, comprises numerous works that highlight instead the impact of global capitalism on slum-free city agenda, and link it to the influence of the neoliberal paradigm and the attraction of the global-city model. They show how the drive for global competitiveness and its associated image building has negative consequences for the poor through ‘cleansing’ the city from slums (Dupont 2011) and giving precedence to a ‘rule by aesthetic’ (Ghertner 2015). Valuable lands occupied by slums are thus reclaimed for a more ‘profitable’ use.

We recognise the significant contribution of this literature that demonstrates the impact of market forces on slum demolition. For the thousands of families who were not rehabilitated, in Mumbai, Delhi, and elsewhere, slum demolition clearly meant dispossession and subsequent impoverishment (HLRN 2011; Dupont and Vaquier 2014). In this article, we propose a complementary and challenging perspective to these slum studies. We question slum durability in Delhi, using Weinstein (2014)’s stimulating analytical frame. We explore this idea at two interrelated levels. At the settlement level, the durability of a specific slum refers to its entrenchment in the city fabric and political environment, and calls for an examination of the various factors identified by Weinstein in the Dharavi case. In this regard, we examine two settlement cases in Delhi. At the city level, we extend the idea of durability, and refer it to the persistence of slums as a ‘durable’ policy problem. We contend that we need to look beyond the elimination of slum conditions in some specific settlements and must examine the limitations of slum policies, including their potential adverse effect in shifting (part of) the ‘slum problem’ to other city spaces.

We first set the context of ‘slum-free city planning’ from the national to the local level. In view of our case  studies, we focus on ‘curative strategies’ addressing existing squatter settlements. At the settlement level, we focus on the first two projects launched by the DDA to redevelop slums in-situ following the currently favoured strategy giving primacy to a public private partnership model. They are the Tehkhand project for V.P. Singh Camp, launched in 2006 and stopped mid-2009, and the Kathputli Colony project, initiated in 2008 and dampened by sluggish progress in implementation until late 2017. We show the relevance of these case studies in assessing slum ‘durability’ in the context of Delhi despite the plans aimed at transforming them and eradicating their informality. Next, we question the principles inherent to the DDA slum redevelopment schemes and their implementation: how they produce exclusion and resistance, hence factors that contribute to the persistence of slums, at either the settlement or the city level. We then examine the ‘space-specific configurations’– with reference to Weinstein (2014)’s analytical frame – and the extent to which factors such as institutional arrangements, political environment, and social mobilisation contribute to the ‘entrenchment of slums in the city’.