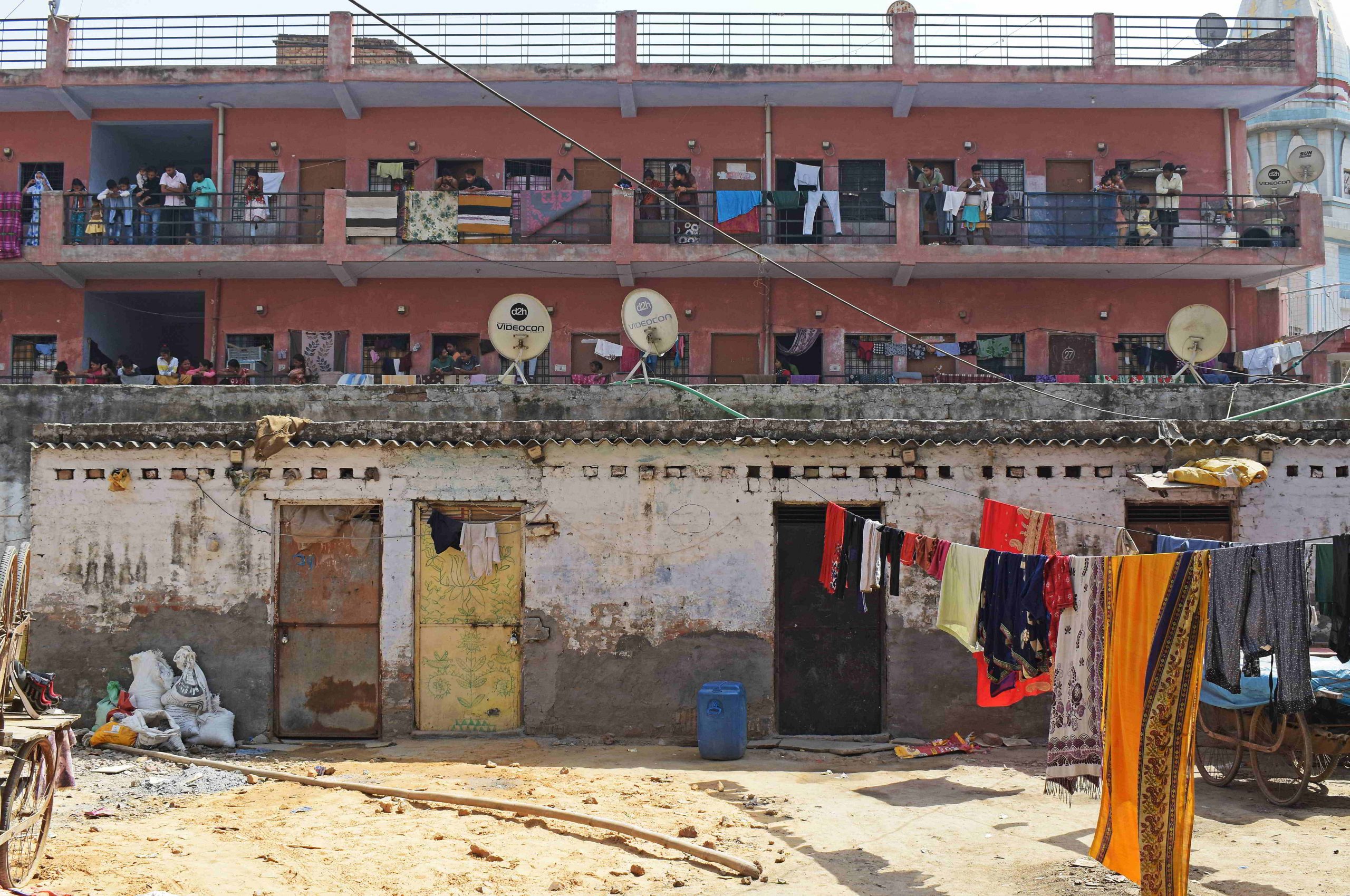 Urbanisation and the growth of cities in India have been accompanied by pressure on basic infrastructure and services like housing, sanitation and health. The 2011 Census of India reveals that the urban population of the country stood at 31.16 per cent. It indicates that there are about 4.5 lakh houseless families, a total population of 17.73 lakh living without any roof over their heads. Maharashtra and Uttar Pradesh are the two states with an acute housing crisis.

Though shelter is a basic human need, migrant workers live in extremely precarious conditions. Most of the migrants are employed in construction, small industries, hotels, casual work, domestic work and other informal activities. In the case of migrants working in small units, hotels and homes, their workplace is their place of lodging too. Often such places are unhygienic and poorly ventilated. Most construction workers stay in makeshift arrangements. Casual workers sleep under bridges and on pavements, often living as a group in unhygienic surroundings.

How has the pandemic affected the housing of migrant workers? Firstly, when the pandemic struck and the national lockdown was announced, most workers rushed back home on foot, leaving behind their temporary abodes. Those who were left behind lost their shelter because workplaces were shut. Migrants living in rented apartments could not maintain social distancing. In suburban regions with a sizeable number of migrants, the local population wanted them to vacate houses as soon as the pandemic began, citing the lack of hygienic conditions in these dwellings. Even though most state governments appealed to house owners to waive two months’ rent, they began mounting pressure soon after. Up to 88 per cent of migrants reported that they could not pay the rent for the next month, according to a survey conducted by Azim Premji University of 5,000 self-employed, casual, and regular wage workers across 12 states of India in April and May 2020.

According to a 2020 ILO report on internal labour migrants, the absence of dignified housing is further aggravated by a lack of adequate water, sanitation and hygiene (WASH) facilities. Even though there has been an installation of public toilets through Swachh Bharat Abhiyan, their availability may not be adequate in migrant-dense clusters. Migrant workers find housing in slums, which is often subject to a sudden increase in rent, and have access only to the poorest infrastructure and services.

There can be various strategic responses of stakeholders (owners and migrant tenants) in the context of existing housing conditions. The first is when the owner provides a house and the migrant stays. This is an optimal condition, where rent could evolve for a competitive market for houses. On the other hand, an extreme condition is that neither does the owner provide the houses nor are the migrants willing to stay. This is the stage where the state might be forced to get involved in the housing market to explore and ease conditions. In addition, more transparency in the case of contracts may also be necessitated. The other possibilities are — either the migrant is not willing to stay in rented housing or the owner is not ready to provide housing to migrants.

In the context of Covid-19, either the migrant was not willing to stay in rented housing or the owner was not willing to provide housing. These possible scenarios also indicate the necessity of coordinated efforts of the state and the contractors to address housing issues. It also calls for long-term policymaking and analysis of the housing sector.

Let us see how policy has responded to the needs of the urban poor, especially marginalised migrant workers. The smart cities initiative was launched in June 2015. A smart city is an urban region that is highly advanced in terms of urban infrastructure, sustainable real estate, high density of communication network and a wider market. The Smart Cities Mission identified 100 cities, covering 21 per cent of India’s urban population, for a transformation in four rounds starting January 2016. Some of the core infrastructure elements in a smart city include proper water supply, assured electricity supply, sanitation, and affordable housing especially for the poor. Government data shows that 49 per cent of 5,196 projects for which work orders were issued across 100 smart cities in India remain unfinished. This lag in implementation often raises questions about the efficacy of innovative policy prescriptions. Efforts like the Atal Mission for Rejuvenation and Urban Transformation (AMRUT) launched in 2005 intended to make the process of urbanisation smooth; it has now entered its second phase to make cities water-secure and provide better amenities for the marginalised.

The Rs 20 lakh crore Atmanirbhar Bharat package announced by the government in May 2020 included the provision of affordable rental housing complexes (ARHC) for migrant workers/urban poor. The plan was to convert government-funded housing in the cities into ARHCs through PPPs, and provide incentives to various stakeholders to develop ARHCs on their private land and operate them.

While developing social rental housing, the state should ensure that the location has proper access to transport networks, education and healthcare. The working group by NITI Aayog constituted to study internal labour has recommended that rental housing in the public sector could be expanded through the provision of dormitory accommodation. This would make public housing affordable and reduce the conflict between owners and tenants. Action-oriented policies alone can improve the lives of labouring migrants.

(This piece originally appeared in The Indian Express on 10th January 2022 under the title ‘Solving migrant workers housing crisis‘)
Share this:

Rajan is founder-chairman, International Institute of Migration and Development (IIMAD)