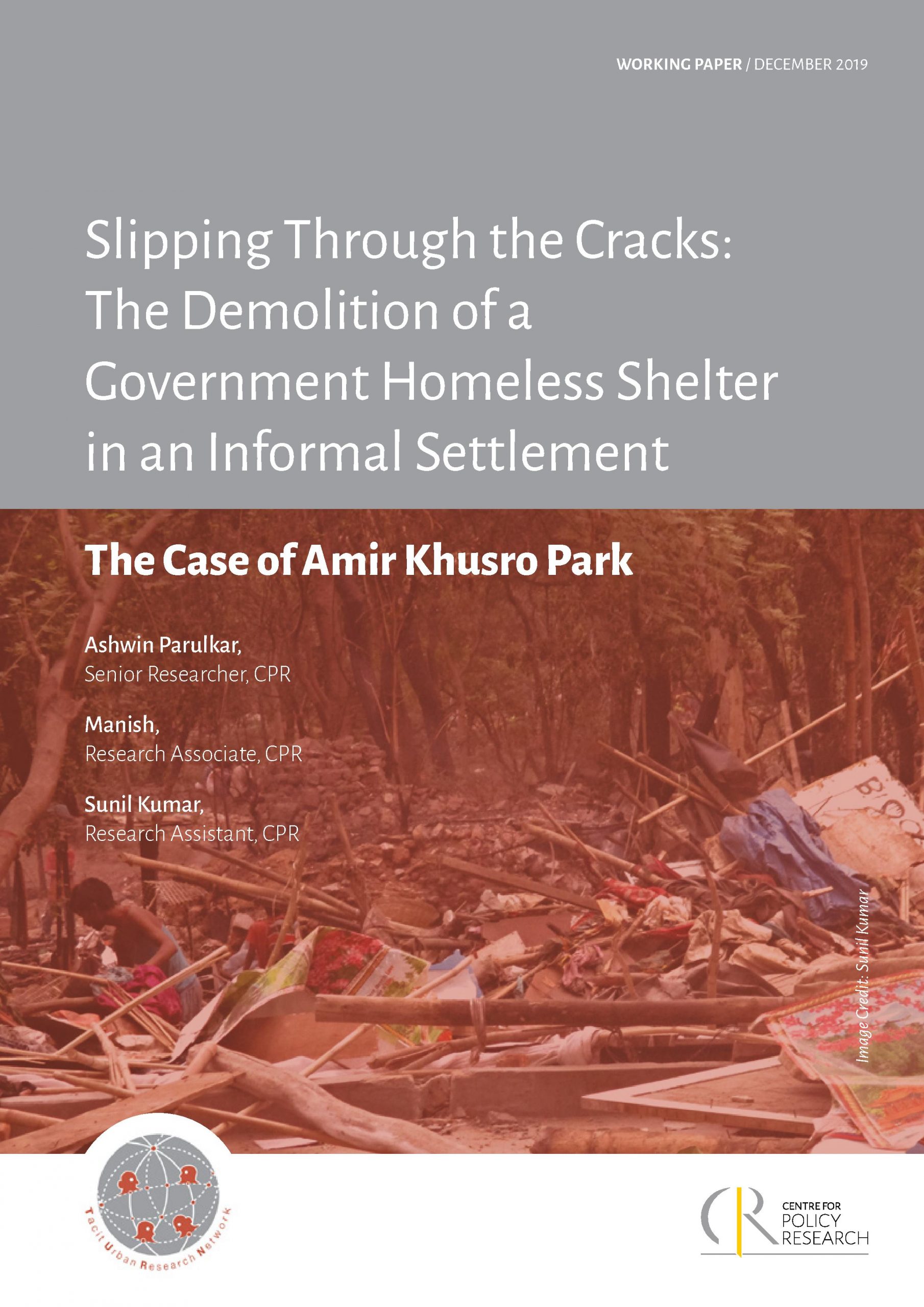 Slipping Through the Cracks: The Demolition of a Government Homeless Shelter in an Informal Settlement

This paper analyses the weight of overlapping burdens of precarity on the urban poor through the story of the demolition of an informal settlement and homeless shelter in Delhi.
By Ashwin Parulkar, Manish and Sunil Kumar  |  December 12, 2019
Download

This paper analyses the weight of overlapping burdens of precarity on the urban poor through the story of the demolition of an informal settlement and homeless shelter in Delhi. In the paper, we show that while poor and marginalised urban residents remain on the periphery of the city, through ‘state-produced inequality’ (Mukhopadhyay & Heller 2015), the very processes designed to lift them out of poverty and restore a semblance of equity also fall prey to this marginalisation.

In 2016, the Delhi Development Authority, acting on the orders of the High Court, demolished an informal settlement located within Khusro Park, a disused public garden in Delhi. Also demolished in the process was an official shelter for homeless persons, established by the Delhi Government and run by a local civil society organisation, forcing a number of homeless persons back on to the streets. The demolition of the shelter was particularly ironic given it had been set up a few years earlier in furtherance of an order of the very same High Court: both proceedings in the form of Public Interest Litigation (PIL), a ‘tragedy, that has over time, become a dangerous farce’ (Bhuwania 2017).

Based on field research in Khusro Park and discussions with government officials, we show how the fate of the shelter was sealed by a combination of factors – its proximity and close entanglement with an informal settlement, Delhi’s peculiar administrative arrangements coupled with the prevailing political situation, and the ambiguity and multiplicity of official policies for different types of informal settlements leaving large cracks through which it slipped. We suggest that policy examine more closely the complex relationships between different kinds of informal settlements and the communities that inhabit them, and provide similar due process requirements for all kinds of dwellings irrespective of the nature of land that they occupy.