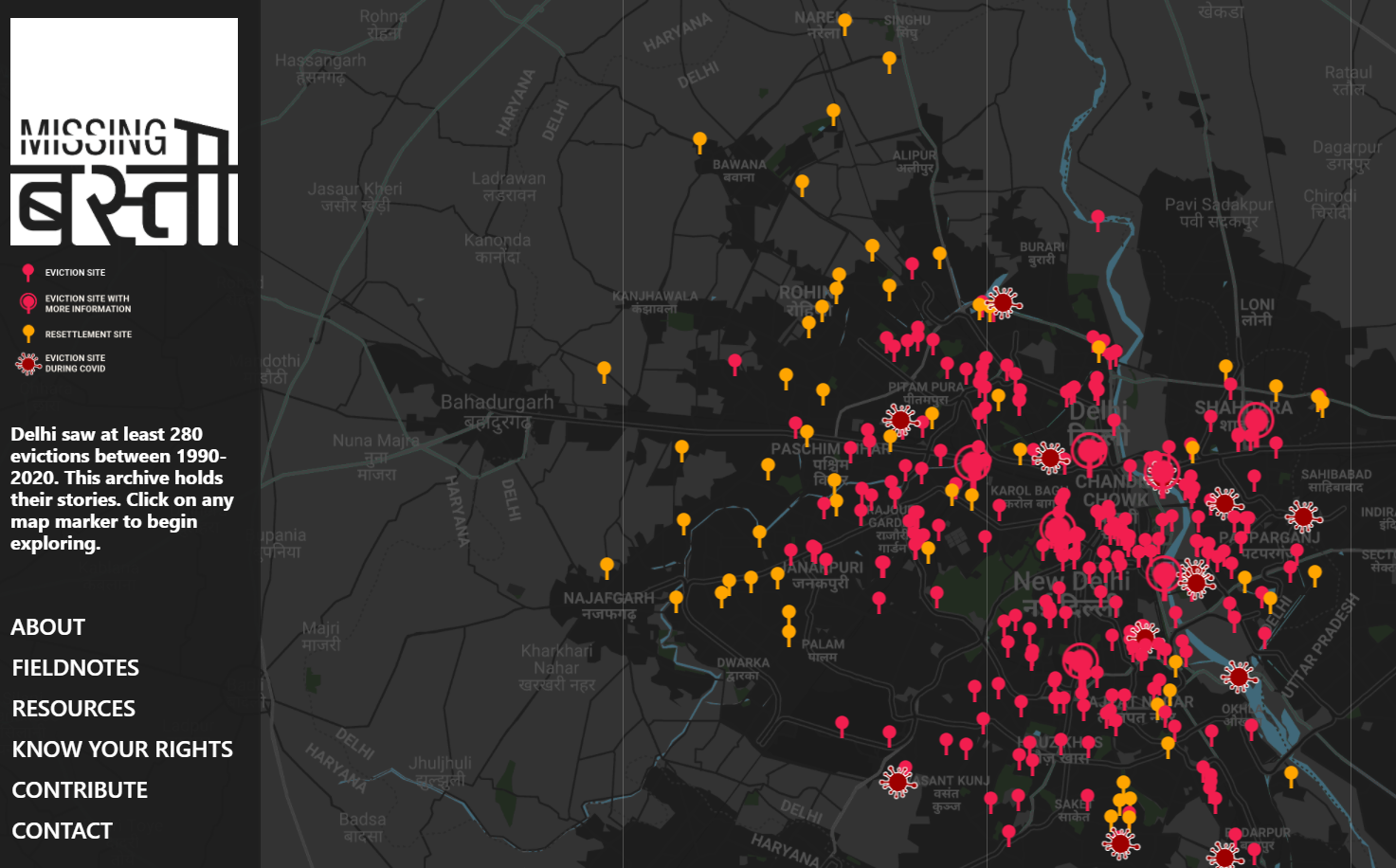 An initiative to archive past and ongoing evictions in Delhi to question as well as mobilize action for the prevention of further evictions.

Every year, parts of Delhi disappear as bastis built informally by the poorer citizens continue to be evicted. The Missing Basti Project is an initiative to archive past and ongoing evictions in Delhi to question as well as mobilize action for the prevention of further evictions. It is an attempt to document what has been lost in the name of development, and what still remains, forming an integral part of the city.

This initiative aims to leverage the power of maps and data in supporting marginalized communities to assert their right to the city. Through personal accounts, expert narratives and videos, it aims to initiate action on urban and social justice. It also hopes to generate discourse on lack of adequate, affordable housing and inclusive development, not just in Delhi but across Indian cities. While hoping to use the collected data for policy advocacy and holding civic authorities accountable, the initiative also attempts to reach out to the general public and media whose active engagement is critical in ensuring social equity within our cities.

The website has compiled data contributed by various researchers, social activists and rights-based organizations since the 1990s, while attempting to aggregate past efforts at similar mapping exercises. It is envisioned as an open and live archive to which anyone can contribute. The website is meant for the general public and specifically for access to students, researchers and policy makers. At the same time, the initiative is also connected on ground with bastis within Delhi – through local organizations, community leaders and circulation of the website content in Hindi through Whatsapp messages and videos.