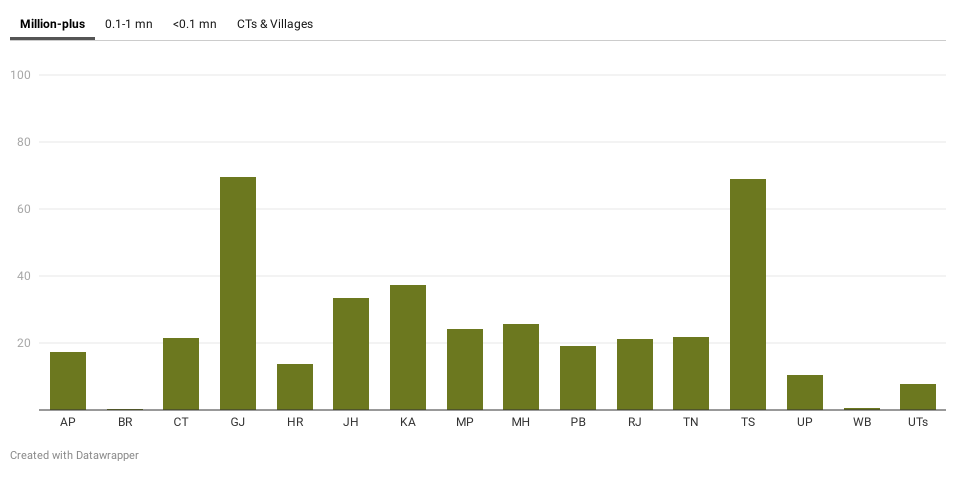 Distribution of PMAY-U houses in city sizes across states

What does PMAY-Urban data about sanctioned houses tell us about state policies with regard to adopting different verticals of the program across city sizes?
By Sama Khan  |  January 5, 2021

However, this trend varies across states. Hyderabad, Pune and Bangalore have only sanctioned AHP housing even though their states – Telangana, Maharashtra and Karnataka respectively – depict varying trends in how PMAY projects have come about in cities of different sizes. Hyderabad has followed the state trend, with Telangana sanctioning a larger share of housing for million-plus cities, all of these under AHP.

For a better understanding of this piece, it may be useful to recall the four verticals of the Pradhan Mantri Awas Yojana – Housing for All (Urban) mission:
– ISSR: In situ slum redevelopment
– CLSS: credit linked subsidy scheme
– AHP: Affordable housing in partnership
– BLC: subsidy for beneficairy-led individual house construction