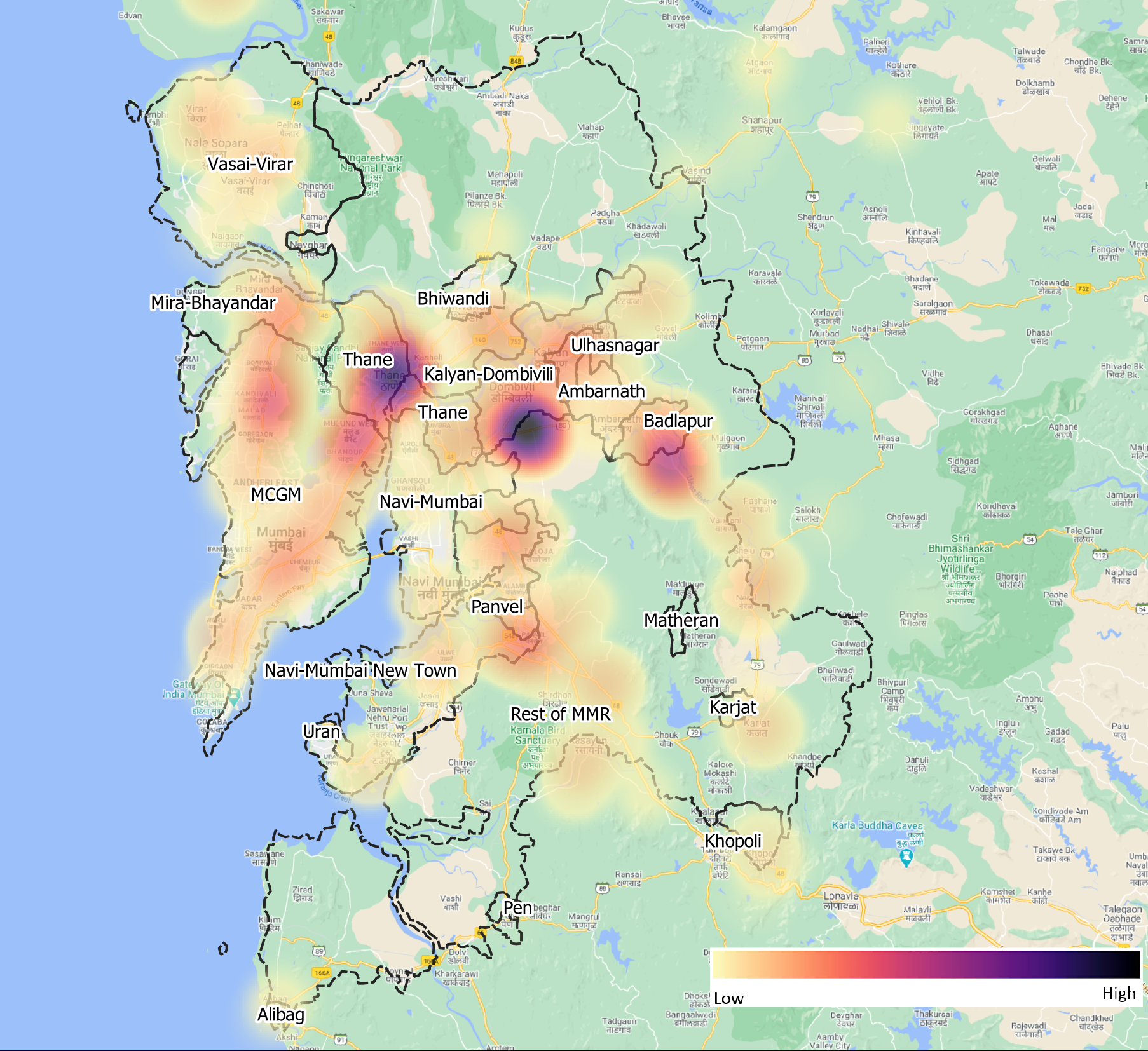 The private residential real estate market in urban India is diverse, and housing typologies vary within and across geographies. This is the second in a series of data pieces highlighting some of the characteristics of private real estate market in India across selected geographies between 2009-2019, based on data provided by Liases Foras, India's only non-broking real-estate research company.

The first piece in this series discussed the aggregate trends of the real estate market over the last decade in eight metropolitan cities and 41 non-metropolitan cities in India. The nature of real estate development changes with the progressive expansion of the cities, which leads to a lot of peripheral growth over time. Census data shows that the share of population in the cores of the eight metropolitan regions was 41.1% in 2001, which increased only marginally to 44.3% in 2011. On the other hand, peripheral growth has flourished in the same decade, which is visible through the increase in built-up areas outside the core city boundaries of the eight metros, which increased from 58.7% in 2000 to 63.3% in 2015. Fig. 1 and Fig. 2 show the city-wise distribution of peripheral expansion in terms of population and built-up area, which also displays significant variation across cities: while more than 70% of Kolkata’s population and more than 80% of its built-up expansion is observed outside the core in 2011 and 2015, it is 31% and a little over 25% respectively in Bangalore during the same time period.

The expansion in physical built-up area and population in these cities are concordant to the growth in private residential real estate. The share of the periphery in total built-up area, measured in terms of total supply (in sq.ft.) has increased in most cities from 2011 to 2019, especially in MMR (21% to 41.7%), Hyderabad (56.8% to 64.4%), Kolkata (68% to 90%) and Pune (35.4% to 52.7%), all of which have witnessed substantial expansion of their peripheries. Thus, a useful measure to track the expansion of real estate is to look at the number and size of new supply units built across the cores and peripheries in these metros over time. (Going forward, this analysis excludes the NCR since the Liases Foras data is mostly based on peripheries due to the very low share of formal private housing in the NCT of Delhi.)

Fig. 3 shows that the share of peripheries in total new supply units have increased over time in most of the metros, except Pune. It can also be observed that cities like Chennai and Kolkata have minimal new supply coming from the core since the beginning: these are mostly peripheral in nature while Ahmedabad, Bangalore or MMR have expanded over time.

As an illustration, the spatial distribution of new supply in MMR from 2011 to 2019 is portrayed in Fig. 5 and Fig. 6 below, which shows two things: a significant increase in coverage towards the periphery and a drop in the new supply clusters within the core city of Mumbai. This also emphasizes the role of smaller towns outside the metros as the new catchment areas for real estate in urban India.