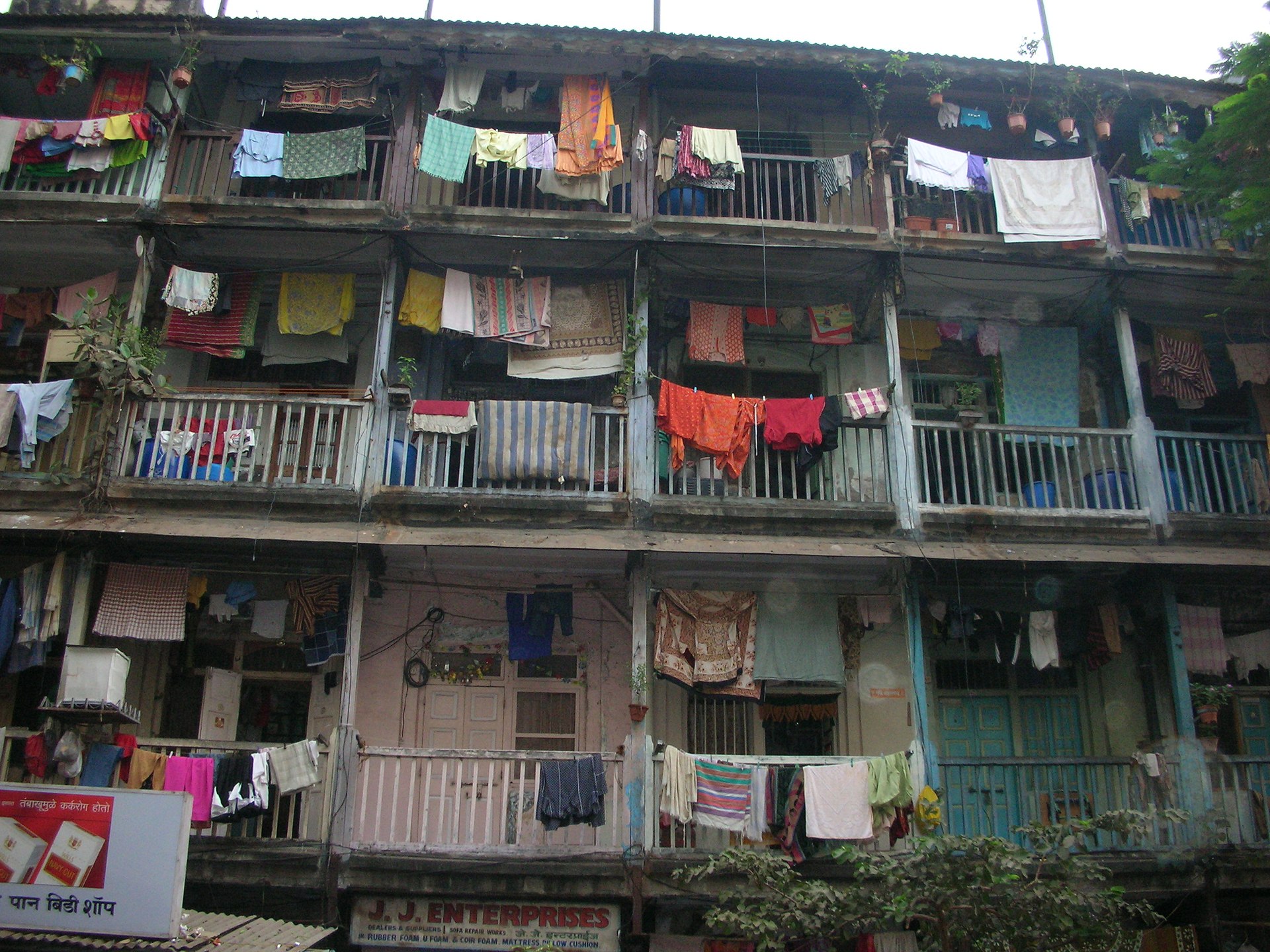 The fallacy of the affordable housing rental package

As a part of the second tranche of ₹20 lakh crore economic stimulus package taking care of severe criticism of the central government’s sensitivity to the migrant labour fleeing the cities, a rental housing policy for the migrant workers was announced on May 14, 2020. The rental policy, much in line with the subsequent two economic stimulus packages (on agriculture and infrastructure) is medium to long term.

The rental housing package, it has been made to appear, is a government response to the heart-wrenching stories and visuals of the migrants fleeing large cities, traveling by foot, cycle or any means carrying all their belongings and their families. These stories point to multiple precarious realities of the migrant workers. Those living in employer-provided housing being asked to vacate their living quarters on closure of work and workers becoming shelterless as well as without adequate food. The renters, on being unable to pay rent due to closure of work were asked to vacate despite the request by the Prime Minister of India. Migrants have negotiated and survived often harsh and unfriendly living and working conditions in the cities have always kept one foot in their native place, not knowing when they would have to return back. This was the moment of such a return. The other possible reason for the announcement of this package could be a positioning by the government of it being migrant-friendly; after all, city’s and hence nation’s economy would come to a grinding halt without these labour feeding their sweat into it.  .

There are two components of this package. One is converting the government funded housing in cities into ‘affordable rental housing complexes’ under PPP model and would be included under the existing Pradhan Mantri Awas Yojana (PMAY) scheme. Second is central government incentivizing manufacturing units, industries and institutions to develop affordable housing complexes on their private lands for their employees, to be given on rental basis. The government funded vacant housing would be given out as ‘concessionaire’ to the private firms, so that these could be rented out to migrants on concessional rates. This means that such private firms may not have liability of returning any profit to the government, while recovering the costs of managing the units through rents collected. 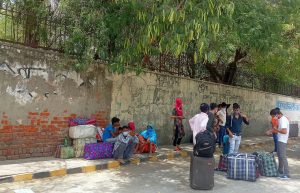 The package, in simple language states that the housing built with government funds, namely that under the PMAY and presumably the former Jawaharlal Nehru National Urban Renewal Mission’s (JNNURM’s) Basic Services for the Urban Poor (BSUP), lying vacant will be allowed to be converted into rental units in PPP mode. This new use of the PMAY and BSUP units means that the reference is to the lower end and not the lowest end of the rental housing market. While the details are awaited, those elated by the new announcement may have certain questions, which are being flagged below.

Whose affordability is being considered?

It is true that those at the lowest end of the urban labour market, the unskilled labour, indeed face great challenge with regards to affordable housing. There are three types of such migrants: first, those who cannot even rent due to extremely precarious employment conditions and irregular, low incomes, who hence tend to squat; second, those who cannot afford ownership housing and hence tend to rent, often living in shared rental accommodation; and third, those migrants at the lowest end of the labour market who live on employee provided accommodation, in the factories, on construction sites and brickkilns, etc.

This kind of shared accommodation is largely inhabited by single male migrants, though we have found even families sharing a single room unit. During Mumbai’s textile heydays, the same bed-space in a room was shared by two workers, the one working in the night shift using that space in the day and vice versa. In Surat, we have seen a 100 sq ft room shared by two families, who put partition in-between for their privacy. With the increase in real estate prices, the rents keep going up, pushing the workers at the low end to share rental accommodation.

For single male migrants, sharing a rental accommodation means that they then have to postpone or abandon the plan of bringing their respective families to the city; they therefore live as temporary migrants in the city for long periods of time, holding on to the address identity of their native place. In times of disasters and pandemics, they are unable to prove their urban residency and hence are deprived of relief measures targeted to documented residents.

Moreover, most of such shared renting is in private formal or informal housing, wherein the owners are petty landlords, or sometimes small entrepreneurs whose income is through constructing informal housing and then renting it out. These petty landlords often have no or little income other than rent and hence they too cannot afford to forgo rent as advised by the Prime Minister during such pandemics. The entire incremental housing process in Indian cities, and in many developing country cities is such that individuals build their housing and rent out one room or so to recover the costs through rents earned, while the owner-household itself continue to stay in cramped dwelling.

Is this so called new affordable rental housing being created for those who are living in such rental accommodation? Is the expectation that some households/individuals would move from informal rentals to the newly designated rental housing?

The third set of workers who live on work premises often find themselves in conditions similar to bonded labour. Media reports have documented that those thrown out by the employers when the factories had to be closed due to lockdown were at the mercy of their employers. In this category, there are further two kinds, one who live on their work sites, (factory, construction site, etc) and not paying any rent for the accommodation; there are others whose employees have rented accommodation and put the workers in them (workers may also pay partial rent). When the employers provide accommodation in any of these forms, because they want stability of labour supply, it is beneficial to the workers, but it also means that the workers are tied to this employer and forced to work at whatever wage rate the employer decides to pay. Such bondedness of the worker to the employer in situation of was raised in the Housing Question by Engels who argued that in conditions of capitalism the workers’ bargaining power is low and that housing question of the workers cannot be fully addressed till political economy is in favour of capital. In a labour-surplus economy of India, workers further do not have bargaining power, unless a mechanism is worked out to balance. The proposed labour legislation changes in some states in India are going further away from bringing worker-employer balance.

Therefore, employer provided housing – as suggested by the proposed package – can become a viable option only for those who have bargaining power with their employers or have protection of law from the exploitation by the employers. The workers at the lower end of the labour market, and the migrant labour do not have such bargaining powers, as evident from their instinct to fleeing the cities in the Covid 19 pandemic.

The proposal on utilising vacant public housing units for rentals begs the question on whether such vacant units exist and and if yes, then why. One can think of only two possibilities: either the BSUP housing constructed under the JNNURM or the units constructed under the ongoing PMAY. As per the last available data, vacant BSUP units were only in Delhi and not in other cities.  Under the PMAY’s four verticals (for details see http://mohua.gov.in/cms/pradhan-mantri-awas-yojana.php) only two the Credit Linked Subsidy Scheme (CLSS) and Affordable Housing in Partnership (AHP) entails houses constructed for those who are eligible for either 3% interest subsidy on housing loan interest rate or a direct subsidy to the builders respectively. In these projects, subsidy is given to only those clients who are eligible based on an income or dwelling-unit size criteria. In such housing schemes, there may be client households who may not have benefitted from the subsidy under PMAY if their incomes are higher than the qualifying ceiling. It is thus not clear as to which vacant public housing is being referred to.

The Ministry of Housing and Urban Affairs (MoHUA) website states that total of 97.48 lakh housing units are either under construction (64.02 lakh) or have been completed (33.46 lakh) since 2014 under the PMAY 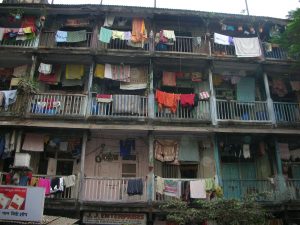 as on April 20, 2020. The MoHUA website does not give the breakup, but, in 2017-18, the CLSS and AHP components together formed 40% of the total housing units. This would mean that about 39 lakhs of the total 97.48 lakh housing units under the PMAY could be considered as forming part of the vacant public housing stock. There were 134 lakh households living in slums in urban India as per 2011 population census. Thus, the PMAY has not reached all the slum households and even if half of them would like to move to new housing under the CLSS and AHP components, the supply will fall short of need. In such a situation, why is there vacant public housing? The only answer to that is because the prices of the CLSS and AHP housing components is higher than the affordability of those living in slums. Claiming that there are vacant public housing units, is an admission of the failure of the PMAY!

The idea of ‘Affordable Rental Housing’ as an economic revival package in response to the Covid 19 pandemic poses two key questions: (i) whose revival is being talked about and (ii) would it really benefit the distressed migrants walking / cycling back to their native places, whose housing rights have been discussed by the NGOs working with the migrant labour, construction labour and seasonal migrants (these are not mutually exclusive categories) for a long time?

It is likely that the revival package could benefit those whose businesses in the real estate construction and management have suffered, but whether the workers will benefit or not will depend on the rents charged under ‘affordable rental scheme’ and what protection the workers get from the government under employer-delivered housing schemes. What is clear, however, is that there is no additional money for rental housing or what government would like to call ‘affordable rental housing’. In fact, the promised money is the same Rs. 1,400 crores already allocated in the Union Budget of Financial Year 2020-21!

Darshini Mahadevia is a Visiting Professor in the Social Sciences division of the School of Arts and Sciences, Ahmedabad University

Note: This is a revised version of the blog that appeared on May 21, 2020 on: https://darshinim.blogspot.com/

Darshini Mahadevia is a Visiting Professor in the Social Sciences division of the School of Arts and Sciences, Ahemabad University. She has over 25 years of experience in teaching and researching in urban studies, human and gender development, poverty and inequality, and climate change. She has a PhD from the Centre for Studies in Regional Development, Jawaharlal Nehru University, and was the Dean, Faculty of Planning, at CEPT University from 2012-2016. She also headed the Centre for Urban Equity (CUE), a Centre she had set up at CEPT.

1 response to "The fallacy of the affordable housing rental package"