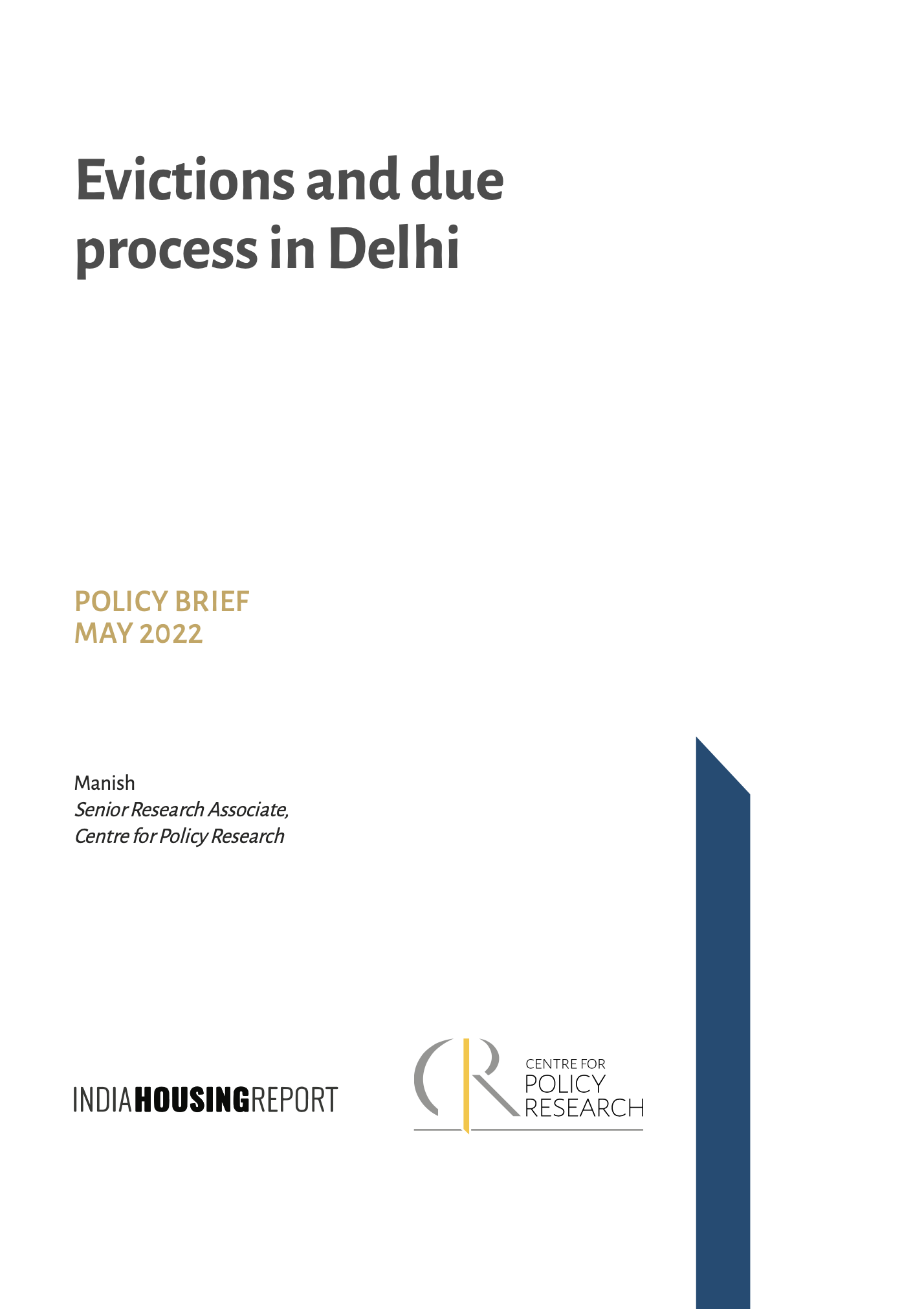 Evictions and due process in Delhi

In the absence of an enforceable substantive right to housing, communities living in slums and other informal settlements have mobilized over the years, using both courts and political advocacy to try and protect themselves from eviction. This has resulted in a series of judgments, policies, and some legislation, relying on Constitutional provisions and India’s commitments under international law, extending at least some procedural safeguards (and limited substantive rights) to these communities. This brief documents these processes and provisions in the National Capital Territory of Delhi.
By Manish  |  May 4, 2022
Download

The absence of an enforceable substantive right to adequate housing guaranteed by law leaves informal workers in Indian cities – often comprising the urban poor and migrant labour – at the receiving end. Priced out of the housing market, they turn to informal settlements, often slums located on vacant public land. Through a combination of constant negotiation, bureaucratic indifference, political mobilisation and occasional State support, they are able to live without hindrance, often for several years. But what happens when the State needs the land? Or when other, usually wealthy, residents of the neighbourhood, complain? From the State’s perspective, such persons who have no title to the land they occupy, would be considered “encroachers”. In the absence of specific legal protection, they would be liable to be evicted or displaced without payment of any compensation, thus negating the years of effort they have put into making the land habitable, and often destroying lives and livelihoods overnight. Indeed, this has more often than not been the reality.

However, over the years, communities have mobilised to use both courts and political advocacy to make themselves seen and their contributions to the city recognised. This has resulted in a series of judicial pronouncements and executive policies, relying on Constitutional provisions and India’s commitments under international law, extending at least some procedural safeguards (and limited substantive rights) to communities living in informal settlements and facing the threat of eviction. This brief documents this process in the National Capital Territory of Delhi, where attempts by informal workers to occupy space and build communities in the city’s slums have continued in defiance of the State’s repeated attempts to evict them, and the tension between the two has been a regular feature of city-building since Independence.