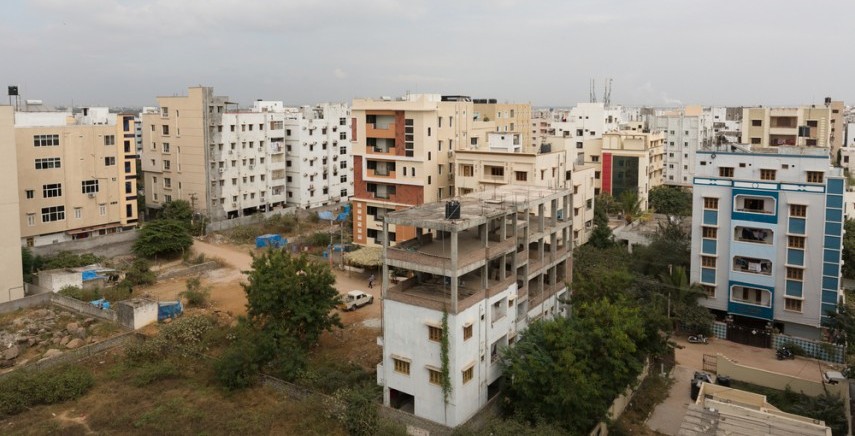 Challenges in the successful delivery of affordable housing: An on-ground perspective

Providing housing that is safe, affordable, and accessible creates vibrant communities around it and a more secure and just world for all. It also contributes to building resilient cities strong enough to withstand adverse environmental conditions and disasters. The COVID-19 induced pandemic has further put a premium on the importance of putting a roof above one’s head. However, despite the potential and size of the Indian affordable housing market, not many developers have been able to successfully make a sustainable business case out of it. This article analyses the challenges and opportunities for smaller and local developers to expand their footprint in this market, and outlines a framework for its execution.
By Varun Fatehpuria  |  March 16, 2021

The real-estate sector is a critical component of the Indian GDP. It is expected to contribute 13% to the GDP by 2025 and reach a total market size of US$1 trillion by 2030. It is also a source of mass employment, directly employing over 60 million people and contributing significantly more indirectly owing to its linkages to various other ancillary industries. Due to its sheer size and importance, it is no surprise that it continues to garner a lot of attention from industry participants.

More recently, that attention has shifted towards affordable housing. The concept of affordable housing in itself is not new: there has always been a felt need to provide high-quality, for-sale housing to the underserved. According to a report, urban cities are likely to house 40% of the Indian population by 2030 with an estimated 590 million people living in those cities. For a country of our scale and size, the demand for housing will perpetually sustain. The reason it has only now come into the forefront is two-fold: firstly, the central government has made it lucrative for the private sector to participate through various demand-side interventions and policy support; and secondly, softness in demand in luxury residential real-estate has forced developers to look for newer growth avenues.

Looking beyond just the commercial lens – providing housing that is safe, affordable, and accessible creates vibrant communities around it and a more secure and just world for all. Studies have shown that providing affordable quality homes boosts school attendance, lowers dropout rates, and provides a safe space for children to grow. It also contributes to building resilient cities strong enough to withstand adverse environmental conditions and disasters. A decent place to live improves the family’s social standing in society and eliminates the various barriers to opportunity that are often associated with homelessness. The COVID-19 induced pandemic, if anything, has only put a premium on the concept of homeownership and the importance of putting a roof above one’s head. People living in informal settlements are the most vulnerable to disease outbreaks, and a pandemic only exacerbates the situation by exploiting the pre-existing inequalities. It is in the best interest of all market participants to find a long-term economically viable solution to alleviate such impacts in the future.

It is very clear that the opportunity set in front of us is big and has only grown over the past few years. Despite that, we have not seen developers been able to successfully make a sustainable business case out of it. This is not as much about the lack of a market opportunity inasmuch it is about executing it correctly within a certain framework. According to our on-ground research, developments usually go off-track due to the following reasons:

Traditionally, the sector has seen a debt-fueled expansion over the past decade due to the availability of abundant liquidity in the system. However, affordable housing projects typically entail a higher equity requirement due to the unique nature of the target segment i.e. customers having a monthly household income of INR 15,000 – INR 30,000. These customers do not have the bandwidth to service two cashflows of rent and EMI concurrently. Therefore the developer must have the flexibility to part-fund up to a third of the total development expenses to get the project to a steady state before it can achieve financial closure, by way of accumulation of a critical mass of customers from pre-sales and obtaining  construction financing at appropriate pricing.

Today, much of the conversation around affordable housing revolves around cost control and execution with an understanding that if the developer can keep a lid on its expenses – it can ultimately turn a profit out of the venture. While that may be true, it is not the whole story.

It is equally important, if not more, to understand the unique needs and aspirations of your customer i.e. identifying who your customer is and then subsequently acquiring and servicing them. Traditionally, affordable housing has attracted two categories of customers 1) End-users from the EWS/LIG category themselves and 2) MIG/HIG category who have bought it for investment/speculative purposes. While it is easy to attract and service the latter, it is the former which is the most challenging. The reasons for that are multiple:

As outlined above, it is now well understood that the core competencies of an affordable housing developer lie not only in land acquisition/aggregation, construction, and project management, but equally in customer acquisition and service delivery as well. In addition to solving these, most developers also face significant headwinds with regards to the following:

As an industry, real-estate is a heavily localized industry which requires boots-on-the-ground.  Thus, it is no surprise that we have seen the emergence of very few national pan-India real-estate developers in the past decade. Housing demand is often met by local developers who have extensive experience in dealing with (1) landowners by tapping into their relationships; (2) local regulatory body in procuring approvals promptly; (3) labour contractors and procurement vendors/suppliers who are often city-specific; and (4) customer segments in micro-markets that have different specificity and characteristics. This has created a market that is heavily fragmented with a total of 10 developers in India accounting for only 11% of the overall supply.

To remedy the problem, the focus must be on creating a handful of local champions in each of cities. Various stakeholders need to work in tandem to create a conducive ecosystem for the sector to thrive. We need a coordinated policy effort from the central/state government through a more targeted supply-side intervention that will encourage greater private sector participation. The real estate developers need to prove their mettle by demonstrating they can achieve best-in-class corporate governance and built-in controls. Financial intermediaries must channel the flow of institutional capital into the sector at appropriate terms. The confluence of the above is likely to ensure that the sector can achieve its true potential.

2 responses to "Challenges in the successful delivery of affordable housing: An on-ground perspective"

Very well articulated. If u would like to have more insight into the same work in Chhattisgarh, be happy to share with u.

Dear Sir,
It would be a great help to my research if you could give an insight into the affordable housing challenges in Chhattisgarh as you mentioned above.