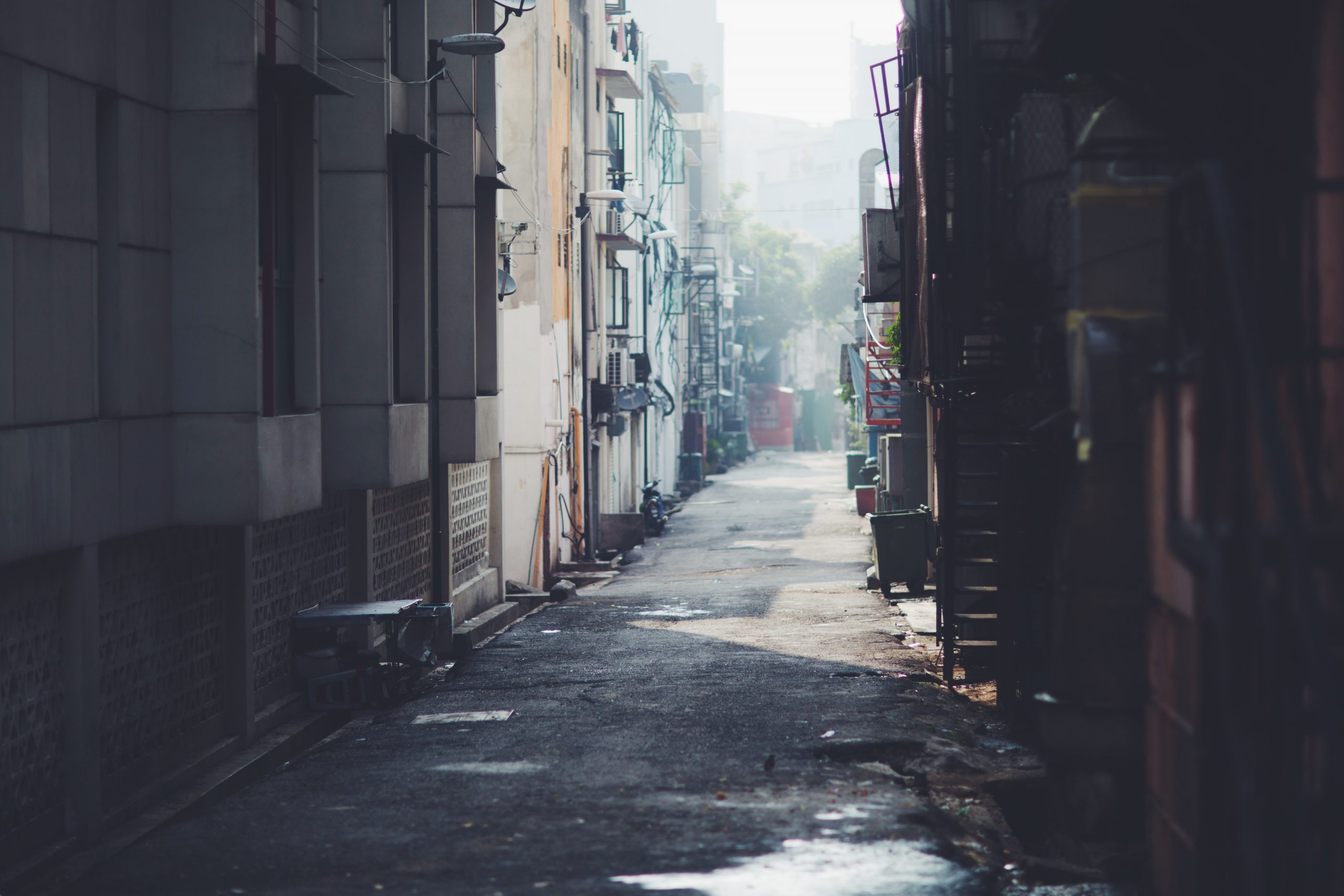 Reading the PMAY against past urban housing schemes

The Jawaharlal Nehru National Urban Renewal Mission (JNNURM), launched in 2005, and the Pradhan Mantri Awas Yojana (PMAY), launched in 2015, have been some of the most significant interventions towards improved housing in recent times. A comparative look at their contribution to urban housing offers some clues about how policy is being shaped to respond to the emerging needs of Indian cities.
By Sama Khan  |  February 5, 2021

One of the major challenges of the Government of India has been to improve the living conditions of the urban poor. Housing, despite being one of the most essential human rights, remains contested for a large number of urban dwellers. The need to focus on housing was identified as early as the first five-year plan (1951-56). However, it was only in the seventh plan (1985-90) that urban poverty alleviation was explicitly recognized as a national concern. Ever since, a number of centrally sponsored schemes have been launched to address the housing needs of the urban poor. Notably, the Jawaharlal Nehru National Urban Renewal Mission (JNNURM), launched in 2005, and the Pradhan Mantri Awas Yojana (PMAY), launched in 2015, have been some of the most significant interventions towards improved housing in recent times. A comparative look at their contribution to urban housing offers some clues about how policy is being shaped to respond to the emerging needs of Indian cities.

JNNURM as part of the learning curve

The JNNURM was India’s largest and first major urban programme in terms of investments and coverage as it approved a massive budget of Rs 1,20,536 crore for a period of seven years and was meant to cover all towns and cities with a municipality as per 2001 census. The mission aimed at improving infrastructural development and the housing conditions of the urban poor. The housing components of the mission namely Basic Services to the Urban Poor (BSUP) and Integrated Housing and Slum Development Programme (IHSDP) focused on big cities and smaller towns respectively, were sanctioned Rs 42,510 crore. Out of which, Rs 22,776 crore were committed by the Central Government for housing.

The emphasis was on providing an integrated approach to ameliorate the conditions of urban slum dwellers who do not possess adequate shelter and reside in dilapidated structures. Therefore, the BSUP and IHSDP focused largely on the construction of new housing units on the peripheries of cities and only a few projects covered the upgradation of infrastructure amenities.

When the JNNURM ended in 2014, however, it faced extensive criticism. The Comptroller and Auditor General of India (CAG) Report on JNNURM (2012) stated that ineligible beneficiaries were able to derive benefits of the BSUP. The dwelling units constructed were of poor quality and therefore some of the units remained unoccupied whereas others were occupied by ineligible beneficiaries. Moreover, there were delays in construction due to non-availability of land. The CAG report also noted that in some instances, the completed projects were missing supporting infrastructure such as approach roads, community toilets etc. which led to non-occupancy.  In addition, the unwillingness of slum dwellers to move to the city’s periphery was identified as another reason for non-occupancy of BSUP units.

The change in government in 2014 prompted a new intervention to replace the BSUP and IHSDP. The PMAY was launched in 2015 with an aim to provide housing for all. The PMAY-U is in line with the city development strategy introduced by the JNNURM and continues its legacy of transforming urban areas by allocating enormous investments. The approved investment for PMAY is Rs 2,25,219 crore that is almost five times the cost approved for BSUP and IHSDP. While the central share is Rs 62,463 crore which is three times that of BSUP and IHSDP. However, the need to provide supporting infrastructure along with housing remains unaddressed across both the JNNURM and PMAY-U.

Greater flexibility to states under PMAY-U

The PMAY consists of four verticals: (1) Affordable Housing in Partnership (AHP) where houses are built through public-private partnership and 35% of the houses are reserved for the economically weaker sections; (2) Beneficiary led construction (BLC) where beneficiaries who own land can claim a subsidy of Rs 1.5 lakh for new construction or enhancement of their existing housing unit; (3) In-situ slum rehabilitation (ISSR) that uses land as a resource and involves on-site redevelopment of the slum with the participation of private developers; and (4) Credit-linked subsidy scheme that provides interest subsidy on home loans to economically weaker sections, lower income groups as well as middle income groups.

By offering four varied housing models, the PMAY-U offers greater flexibility to states in addressing the housing needs of the urban poor, as opposed to the “one-size-fits-all” approach followed by the BSUP and IHSDP that largely focused on the construction of new housing units by the government.

But in doing so, the PMAY-U does not account for the variations in governance capacity and land values across cities that has encouraged considerable variations across states in accessing PMAY-U. For instance, West Bengal has only sanctioned BLC housing while Telangana has only sanctioned AHP housing. On the other hand, Maharashtra has sanctioned 13.03% BLC housing, 85.83% AHP housing and 1.13% ISSR housing. The variations across states are reflective of the preference of state policy in approaching PMAY-U encouraged by the flexibility provided by the scheme.

Significant shifts, but are they enough?

Many scholars have been advocating the upliftment of smaller cities that suffer from poor services and inadequate infrastructure and are almost entirely dependent on state and central government grants. The incidence of urban poverty is also higher in small towns than in big cities where the poor often live outside the network of underground sewage, electricity and waste management. Moreover, these towns act as links between rural and urban areas by providing access to services and employment and are the first stop for many rural migrants. In this light, PMAY-U’s attention to smaller towns points to a substantial policy shift in developing urban areas.

The scheme’s rapid pace of progress – as opposed to the 1.2 million houses sanctioned under the BSUP and IHSDP in its first seven years, PMAY-U has sanctioned 4.2 million houses in its first three years – can be attributed to the sanction of largely BLC housing in smaller towns. This seems to have addressed the issues of occupancy and land availability faced by the BSUP and IHSDP schemes. Therefore, while the PMAY-U continues the legacy of transforming urban areas introduced by the JNNURM by allocating large investments to cities, it also departs from the JNNURM by offering greater flexibility to states in addressing the housing concerns of the urban poor by providing four varied housing models as opposed to a preconceived standardized approach of incremental housing advocated by the JNNURM.

The PMAY-U, however, does not account for the variations in government capacity and land values across cities and thereby encourages state autonomy in accessing the four verticals under the scheme. For instance, since West Bengal has only sanctioned BLC housing, Kolkata has also followed the state trend and sanctioned only BLC housing. Similarly, Pune and Bangalore have only sanctioned AHP housing as Maharashtra and Karnataka have sanctioned a larger share of AHP housing. Therefore, it should be pertinent to take into account local preferences in accessing the scheme.

By covering a larger share of smaller towns, PMAY-U seems to have filled a gap in urban policy that was left unaddressed by the JNNURM. But, even though the PMAY-U has shifted focus on housing in smaller towns, these towns still lack adequate infrastructure. The Atal Mission for Rejuvenation and Urban Transformation (AMRUT) that replaced the infrastructure component of the JNNURM unfortunately caters to only class 1 cities (above 1 lakh population).Therefore, there is a need to provide supporting infrastructure along with housing in smaller towns as well, to truly improve the living conditions of the urban poor.

The Union Budget 2021 seems to have identified the need to provide supporting infrastructure across cities of all sizes. The launch of the Jal Jeevan Mission in the recent budget announcement, aimed at providing water supply in all urban local bodies, is a step in this direction. Moreover, the extension of tax exemption to purchase affordable housing for another year is aimed at boosting the supply of affordable houses. However, it remains to be seen whether the tax exemption for affordable rental housing projects will affect the occupancy and purchase of affordable housing under PMAY-U.