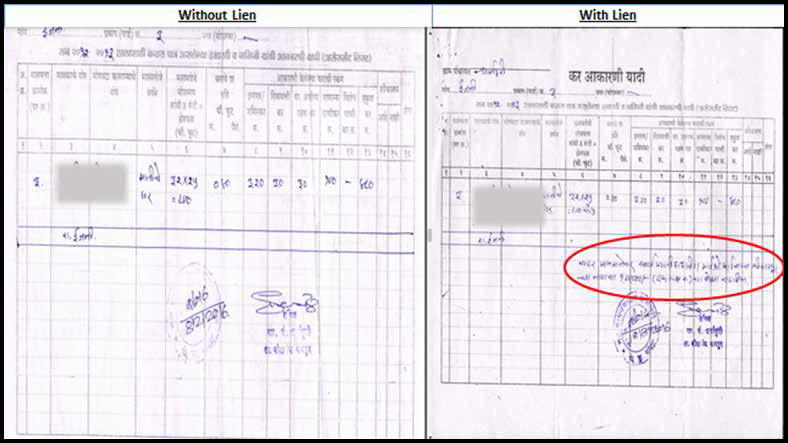 Facilitating housing finance for those with unclear titles

A report on IHR's first webinar on Friday, 30th July on housing finance access to those with unclear titles. With experience across rural and urban contexts, the panel discussion revealed the complexities of the issue and highlighted potential directions for intervention.
Download

Despite the Census 2011 reporting high levels of home ownership in India – 95% in rural and 69% in urban – it is well-known that a very large number of households do not possess clear mortgageable property titles. This has become an impediment to access formal housing finance, a key ingredient for poor households to be able to improve the quality of their homes or expand space to meet the needs of their growing families. While housing finance companies have innovated with new documentation techniques to overcome the barrier of informal incomes, which poses risks of default, addressing informal tenure has been a significant challenge.

Responding to this, starting the late 2000s, Swarna Pragati Housing Microfinance (SPHM) experimented with a paralegal housing finance loan, an innovation that the India Housing Report has captured in case study form. At the time, while conventional housing finance products were oriented to the urban context, there was no formal housing finance solution for rural homeowners who owned property and wanted to upgrade the quality of their homes from kuccha to pucca structures. The main impediment was the lack of clear documentation of property title, even though communities were aware of and agreed on ownership of residential land.

SPHM innovated a paralegal title, working with gram panchayats (GPs) as a Constitutionally backed form of local government. They relied on documents that linked land demarcations and boundaries to specific families, which supported the GP’s tax collection efforts. Further, the GP officials marked a lien in these records against the SPHM loan. In this way, SPHM disbursed loans averaging ₹ 1 lakh per household to over 3500 rural households in Maharashtra, Karnataka, Odisha and Tamil Nadu.

As things stand today, many states have made considerable progress on digitisation of land records and a national scheme called Svamitva is pushing property validation in rural India. At the same time, the Pradhan Mantri Awas Yojna (PMAY) is seeing the maximum uptake in its beneficiary-led construction (BLC) component and a tenure-strengthening strategy for informal settlements is also emerging in states like Odisha and Punjab. Is the climate ripe for growing the reach of formal finance in contexts of unclear titles? What sort of challenges still exist?

A move towards progressive tenure

Despite the rigidity of the law, tenure is established progressively in many different ways on the ground. This also looks different across states, depending on their land record systems, local histories and state or local government regulations. For example, in Delhi’s resettlement colonies, licenses offer a time-bound form of tenure while the ‘no eviction guarantees’ issues by some municipalities in Gujarat to slum settlements signalled the intent of the state, thus sending assurances to lenders that borrowers are not at the risk of being dispossessed. This is particularly important for urban areas where government authorities have, over the years, rarely issued unconditional pattas. The terms and conditions do matter and evictions continue to happen, even after a settlement has been established for years.

Workarounds similar to SRHM’s paralegal title were used by MHT in urban areas in Jharkhand, where tribals had no records of land ownership and were thus ineligible for BLC subsidies under the PMAY. In these contexts, there was no appetite for registration of traditional rights, since tribal lands cannot be sold on the market. MHT worked with tribal households to map family trees and land divisions, got these authenticated by sarpanch and ward councillor, and subsequently got them notarised. Where state governments and local bodies are willing to recognise and address progressive tenure, pathways to formal finance can be, and have been, imaginatively forged.

Improvement of land records has been seen as a holistic solution to these problems of unclear land title. However, despite the progress on title improvement through the Digital India National Land Records Modernisation Program and Svamitva scheme on digital mapping of villages, more needs to be done to fully leverage the potential of digitised data for improvement of housing. Some of these steps could be reconciling records across multiple offices, integrating digital maps with land records, ensuring updating of land records with sales and purchases recorded in the registrar’s offices etc.

Need for a supportive regulatory ecosystem

In the SPHM case, while the National Housing Bank did not shut down the experiment with paralegal titling, they played it safe by making refinance unavailable. Thus, even when they show promising results, experimental solutions are unable to scale owing to a lack of patient, soft capital. On the other hand, MHT’s experience shows that credit cooperatives are able to work with progressive titles and reach poor households because they do not take outside money and work with the savings of poor women; but here, regulatory restrictions on the scale of these cooperatives kick in. The systemic lack of appetite for experimentation has held back the scale-up of several innovative solutions to the problem of lending to those with unclear titles.

This is further compounded in urban areas where building plan approvals are an additional layer of compliance. Application to municipal bodies for plan approvals have to come with evidence on ownership or use rights, which we already know is a challenge. This is amplified by blanket bans on lending to unauthorised colonies; thus, classification of settlements plays a big role. Regularisation is one way forward, but this is not usually forthcoming. Additionally, applicants with small plot sizes, or those with plots on narrow roads, for instance, are unable to meet the criteria set out in the development control regulations. These regulations usually set out standards far higher than what are possible to achieve in informal settlements.

The lack of regulatory support and the unwillingness of state and local governments to take on board progressive tenure has meant that the innovation potential of housing finance, proptech and fintech companies is currently directed toward affordable housing lending in planned settlements, where the upper end of those with informal incomes are acquiring and redeveloping land, especially in tier-2 and tier-3 cities. Despite efforts like the World Bank’s low-income housing finance loan to NHB, innovative potential remains locked out of the segment where there is the most urgent need.

The issue of legality and tenure is embedded as much in law as in local practice, in the ways in which documentation is recognised and viewed. Land is a state subject, and especially in the urban context, state and local institutions shape regulatory practice. Hence, innovations also happen and remain relevant at the local level. Scaling innovations across states is, therefore, a significant challenge for the sector that would need some policy attention. R&D and innovation funds, set up at developmental institutions like NABARD/NHB, could be one direct way to ensure that promising ideas can access soft capital to, so that they can develop innovative projects without the constant pressure of return on capital.

Lastly, the role of technology in resolving the pain points of lenders and customers cannot be underestimated in an era of tech entrepreneurship. Companies like HomeHub are helping housing finance companies to automate processes like tranche disbursement by providing remote monitoring solutions that ensure transparency of end-use. Tech companies are also entering the construction supply chain management space, in conjunction with on-ground service providers. Fintech innovations are moving the needle forward on data digitisation as well. To reap benefits at scale, the state would need to have a progressive attitude towards onboarding new technology and solutions.